This started life as a sten tube and was sent over to Don’s Gun Shop for a conversion into a Sterling SMG.  The Sterling is one of the most softest shooting machine guns out there! Here is some history on the gun:

In 1944, the British General Staff issued a specification for a new submachine gun. It stated that the weapon should weigh no more than six pounds (2.7 kg), should fire 9×19mm Parabellum ammunition, have a rate of fire of no more than 500 rounds per minute and be sufficiently accurate to allow five consecutive shots (fired in semi-automatic mode) to be placed inside a one-foot-square target at a distance of 100 yd (91 m).

To meet the new requirement, George William Patchett, the chief designer at the Sterling Armaments Company of Dagenham, submitted a sample weapon of new design in early 1944. The first Patchett prototype gun was similar to the Sten insofar as its cocking handle (and the slot it moved back and forth in) was placed in line of sight with the ejection port though it was redesigned soon afterwards and moved up to a slightly offset position. The army quickly recognised the Patchett’s potential (i.e. significantly increased accuracy and reliability when compared with the Sten) and ordered 120 examples for trials. Towards the end of the Second World War, some of these trial samples were used in combat by airborne troops during the battle of Arnhem and by special forces at other locations in Northern Europe where it was officially known as the Patchett Machine Carbine Mk 1. For example, a Patchett submachine gun (serial numbered 078 and now held by the Imperial War Museum), was carried in action by Colonel Robert W.P. Dawson while he was Commanding Officer of No. 4 Commando, during the attack on Walcheren as part of Operation Infatuate in November 1944. Because the Patchett/Sterling can use straight Sten submachine gun magazines as well as the curved Sterling design, there were no interoperability problems.

After the war, with large numbers of Sten guns in the inventory, there was little interest in replacing them with a superior design. However, in 1947, a competitive trial between the Patchett, an Enfield design, a new BSA design and an experimental Australian design was held, with the Sten for comparison. The trial was inconclusive but was followed by further development and more trials. Eventually, the Patchett design won and the decision was made in 1951 for the British Army to adopt it. It started to replace the Sten in 1953 as the “Sub-Machine Gun L2A1”. Its last non-suppressed variation was the L2A3 but the model changes were minimal throughout its development life.

Sterling submachine guns with minor cosmetic alterations were used in the production of the Star Wars films as Stormtrooper blaster rifle props. 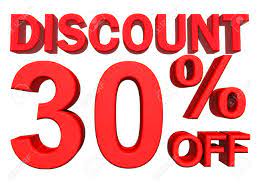